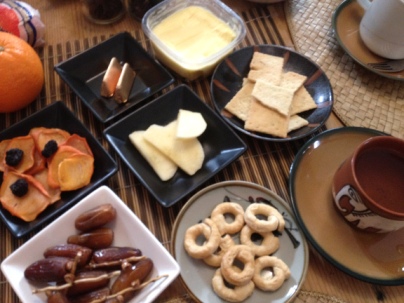 So far I have been happy with my non-smart Nokia
But everybody is doing whatsapp and what not.
‘Give it a try it and you will fall in love with it.’
A friend gave me her old iPhone to try out.

New Work….
The Forbidden Ones

They dare
You dare

Prompted by what BBC uploaded this morning,

Is coconut oil a superfood?

I dug out this old story.
NUI VCO has been our star product for almost 10 years.
And we have heard many wonder stories from our customers.
It is a wonder that BBC discovers it only now.

Stunning shots
And so much philosophy of Life behind 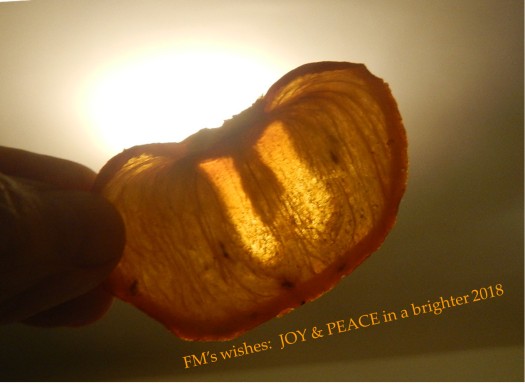 The Story of Two (ii)

After teaching Toshie, I rushed to the supermarket to get glucose and castor sugar for the syrup. REWE was closed already. I drove to OTTO MESS. It was still open. Got my stuff and dashed home to my chestnuts.

What a wonderful picture! All these naked chestnuts of different shapes and sizes. I began to put them into the big pot, taking very much care not to break them and feeling very proud of myself that out of so many I had only broken seven or eight.

On one hotplate simmered the chestnuts, on another I prepared dinner. A big Kohlrabi for only 39 Pfennig, plus the rest of the brown mushrooms I bought for our never-appearing guests last week. To make it a fine dish, I added some sour cream. Macaroni fried in olive oil and chives. A nutritious and economical dinner. All ready in 20 minutes.

Now, Otmar the non-vegetarian could not do without meat.

I looked into the big pot. Some chestnuts were breaking up. I turned off the fire, wanted to pour out the water but decided to warm up some minced meat for Otamr instead. The chestnuts could wait, or so I thought.

Dinner lasted only two minutes. But even then it was already too late. The chestnuts looked as if they had gone through an earthquake. Only two survived!

I refused to give up, digging out whatever that could be saved and put these pieces into the syrup as planned.

The rest was made into ‘chestnut chutney a la maison’. Instead of vinegar, I put in some red wine and cherry brandy. To make it something special I chopped up my last piece of ginger and mixed it with the chestnut and syrup.

Otmar was tasting my chutney when I asked him what his daily happy incident was today. We have started doing that for some days now. I think it fun to look at the half-full part of the glass of Life together. A few days ago he told me how he was eating a folded up pizza in the sun; and another day: he got praised by his boss and his colleagues. I was thinking today he might say: trying out this hard-earned product of mine made from the chestnuts we picked together.

Well, today his happy incident was eating out with this colleague whose wife gave birth to triplets some time ago. He got treated to a yum yum curry chicken sandwich by the proud father.

He did not ask me what my happy incident was. Probably he was thinking that with me feeling so sad about all the chestnuts being kaput, I might not have anything happy to tell…

But if he had asked me, I would have told him that my happy incident for today was that I found two whole chestnuts among the debris.

The Story of Two (i)

I have already been thinking of making some sweets out of the 202 chestnuts we picked up from the park last Sunday, but it was Eric, my French ‘son’, who gave me the last push last night. He was telling me how expensive these glazed chestnuts were and how they would melt in one’s mouth…

It is a big challenge to make glazed chestnuts, according to Eric. The reason why these whole chestnuts are so expensive is that chestnuts break very easily. But it is not to show myself I could do it that made me want to try out the recipe which I had found in an old cookbook. It was more that I would like Eric and, above all, Otmar (my now ex) to savour this specialty made from self-picked chestnuts.

I spent half an hour snipping the tip off the chestnuts and five hours peeling them. I even skipped lunch. I simply swallowed one of those big apples brought by Andreas before I dashed off to teach Toshie at four.

A handful of chestnuts had landed in Eric’s oven but it was still a long and complicated process peeling the rest of them. The problem is that they have to be peeled hot. After two hours trial and error, I found out the most efficient way. When I finished, my finger tips looked as if they had big blisters but I did a neat job.

Two saucepans of water boiling on the hotplates.
Put chestnut A into the first saucepan, after a while chestnut B.
After one or two minutes, when A is hot and the shell no longer hard, take it out.
Put chestnut C into the same saucepan where B was and move B to position A.
Take off the shell of A and put into the second saucepan.

I have always thought that chestnuts were more or less smooth as their shells. I never knew they kind of look like walnuts when they are without their peel. And so many different shapes in their half roundness, so many crevices.

I had to think of what Eric said about the non-existence of uniqueness in people and things. I wish I could show him all the peeled chestnuts.

Richard Middleton I spit my drink out! 😂😂😂😂😂

Fanny-Min Becker Good that I wasn’t drinking anything. 🙂

Now I am in Hong Kong but my home is in Germany, where my cherry tree was. By profession, I am a teacher, writer, translator, and consultant. Occasionally, I used to organise cultural events such as art exhibitions, home concerts, and poetry reading, in Hong Kong and in Germany. Currently I am promoting Fair Trade & healthy food and body care products. For over eight years, from 2006 to 2014, together with my husband, I was selling goodies at the Farmers’ Market, via our website Fair-and-Healthy.com, and since 2011.08.27, at Mini Mäuschen MM Shop, a small shop at B42, 2/F, Hung Hom Square, and in August 2014, an online shop. It is hard work trying to import products directly from the third world, but, if we are able to help the poor farmers there and bring healthy products to Hong Kong people, we are happy. My interests are: writing poetry and prose, eurhythmics, cooking, reading, appreciating art, listening to music, playing on the piano, taking walks, gardening, travelling, sketching, going to poetry reading, movies, theatre, and concerts, hanging out with family or friends at home or in good restaurants, not necessarily in this order, and only when I have time, which is rare these days. ;-) 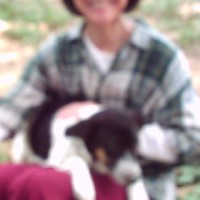 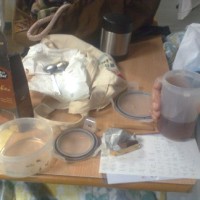 A foreigner shares his Philippine experiences

A blog full of humorous and poignant observations.

Fair and Healthy
O at the Edges

Musings on poetry, language, perception, numbers, food, and anything else that slips through the cracks.

Glimpses From The Garden