We had a rather eventual Christmas. Of all things, we had to be busy with the septic tank. The tank is full and the sewage pipe was blocked. Dirty water (from the toilet and shower and kitchen sink) seeped into our shower cabin.

I had to look for someone to clear the pipe and empty the tank in the middle of the night, at 11 o’clock, on 23rd. The guy we used to get for the job said he was fully booked. Desperate me suddenly remembered seeing some posters with phone nummber at the back lane. I went out to look for them and I really found some.

This new guy said his schedule for emptying the tank was also full. But he could come and do some initial clearing of the pipe. And with that, hopefully the matter could be esaed. The tank could be emptied on Christmas Day. An angel.

We felt relieved for the night, knowing someone would come on the next day. The guy did come and did some clearing, but alas to no avail. So, not that much peace at heart on Christmas Eve. And with high expectation we waited for Christmas Day.

The septic tank is at our neighbour’s backyard, five houses away, where the steps come down. And they are having a garden party today. The poor house owner was very much disappointed that it had to be done on the day of his party. I told him I had considered not using the bathroom and cleaning up the back lane (where the dirt flows out) for another day and ask the cleaning agent to come tomorrow (26th) . But then I am afraid we might have to take the risk of the tank overflowing in the middle of the merry-making..

A good thing he is a reasonable man. To pacify him, I gave them a Panettone meant for our Christmas celebration, with a note to explain the cleaner was coming not at noon but at 1:30.

The cleaning team arrived puctually at 1:30. Yes, quite extraordinary for HK standard. Yesterday he even called to say he would be one hour late.

At around 2:30 pm, we handed the backyard back to our neighbour. He was happy. So were we.

No merry Christmas as such, but yes, a happy one. 🎄

A Christmas with a functioning bathroom and toilet! What luxury!

Wish All a Happy Christmas!

Now I am in Hong Kong but my home is in Germany, where my cherry tree was. By profession, I am a teacher, writer, translator, and consultant. Occasionally, I used to organise cultural events such as art exhibitions, home concerts, and poetry reading, in Hong Kong and in Germany. Currently I am promoting Fair Trade & healthy food and body care products. For over eight years, from 2006 to 2014, together with my husband, I was selling goodies at the Farmers’ Market, via our website Fair-and-Healthy.com, and since 2011.08.27, at Mini Mäuschen MM Shop, a small shop at B42, 2/F, Hung Hom Square, and in August 2014, an online shop. It is hard work trying to import products directly from the third world, but, if we are able to help the poor farmers there and bring healthy products to Hong Kong people, we are happy. My interests are: writing poetry and prose, eurhythmics, cooking, reading, appreciating art, listening to music, playing on the piano, taking walks, gardening, travelling, sketching, going to poetry reading, movies, theatre, and concerts, hanging out with family or friends at home or in good restaurants, not necessarily in this order, and only when I have time, which is rare these days. ;-) 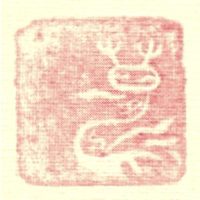 A foreigner shares his Philippine experiences

A blog full of humorous and poignant observations.

Kailin Yong
Fair and Healthy
O at the Edges

Musings on poetry, language, perception, numbers, food, and anything else that slips through the cracks.

Glimpses From The Garden